Marley Shebala (Diné and A:shiwi) — investigative journalist, photographer, videographer and blogger. In the Diné way, she is Tó'aheedlíinii (Water Flows Together clan), her mother’s clan, and born for Cha’al (Frog clan), which is her father’s clan. Her mom is from Lake Valley, New Mexico, which is in the eastern part of the Navajo Nation and next to Chaco Canyon, New Mexico. Her father is from the Pueblo of Zuni, New Mexico. And so her home towns are Lake Valley and Zuni. "Marley Shebala's Notebook" is her website where she provides current news coverage of the Navajo government and Navajo communities on and off the Navajo Nation. She also produces Navajo Nation environmental news and political analysis of the Navajo government and legislative process. She hosted "Politics on the Navajo Nation," an internet news show. But due to unreliable WiFi on the Navajo Nation where she resides, the weekly news show was cancelled until she can raise funds to increase WiFi power at her residence. She is available for presentations on the benefits of a free and open press in Indian Country and how to achieve accurate and fair news coverage of the Navajo Nation and Indian Country. Marley works part-time at the Gallup Independent newspaper, which is headquartered in Gallup, New Mexico. She is the only reporter at the Gallup Independent Diné Bureau in Window Rock, Arizona, which covers the Navajo Nation. Before working for the Gallup Independent, she worked as the Navajo Times newspaper’s’ senior reporter specializing in investigative reporting on politics, domestic violence, law enforcement, veterans and the environment. She also covered a wide range of general interest stories. Marley's stories have won numerous awards from state and national organizations over the more than 30 years she has been in journalism. More information on Marley’s website: http://www.dineresourcesandinfocenter.org/ 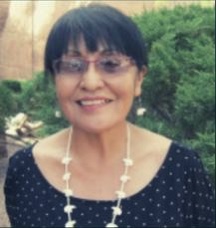