Director Jesse Short Bull wrote and produced the 2013 short Istinma, set in the Pine Ridge Indian Reservation of South Dakota. A graduate of the Institute of American Indian Arts in Santa Fe, New Mexico, Jesse received a 2016 Sundance Institute Native American and Indigenous Program Development Grant and also attended the Creative Producing Summit at Sundance. In 2014 he was part of the effort to change the name of Shannon County to Oglala Lakota County in South Dakota. Currently employed by the Oglala Lakota tribal government, Jesse is a member of the board of the Black Hills Film Festival. With the First Peoples Fund, Jesse leads youth filmmaking workshops in the Oglala Lakota Nation. “Lakota Nation vs. United States” — directed by Jesse Short Bull and Laura Tomaselli — had its world premier on June 11, 2022 at the Tribeca Film Festival. View the trailer here: https://youtu.be/HtK5JPZx_XM

In the second half, returning guest Dr. Tink Tinker is the Clifford Baldridge Emeritus Professor of American Indian Cultures and Religious Traditions at Iliff School of Theology in Denver, Colorado. He is a citizen of the Osage Nation (wazhazhe) and has been an activist in urban American Indian communities for four decades. He joined the faculty at Iliff School of Theology in 1985 and brought an American Indian perspective to this predominantly euro-christian school. Dr. Tinker is committed to a scholarly endeavor that takes seriously both the liberation of Indian peoples from their historic oppression as colonized communities and the liberation of euro-christian (White) Americans, the historic colonizers and oppressors of Indian peoples, whose self-narrative typically avoids naming the violence committed against Indians in favor of a romance narrative that justifies their euro-christian occupancy of Indian lands. Dr. Tink Tinker of the Osage Nation (Wazhazhe) talks about the reality of his people, who were the "richest people per capita in the world in the 1920s" after oil was discovered on land where they were forcibly relocated. And, some thoughts on the upcoming movie Flowers of the Killer Moon based on the same named book. 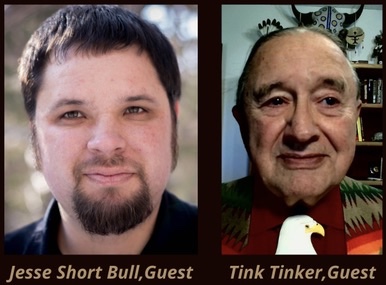