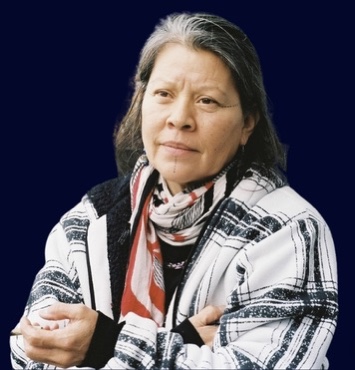 Kwitsel Tatel will never give up. Born Sto:lo Coast Salish to a lineage of land defenders and water protectors, Kwitsel has spent her entire life fighting for Indigenous sovereignty and rights. She is a survivor of residential school, where she suffered incomprehensible abuse at the hands of the Catholic Church and the Canadian government, and has spent decades in court working tirelessly to hold Canada accountable for its genocidal behavior against First Nations. A blunt and outspoken advocate, Kwitsel was exiled from her own community in 2000 after demanding the elected Chief and Council be transparent and accountable to the money they receive from the Canadian government — she has been homeless or precariously housed ever since. For the past year Kwitsel has been living in a camper van, but since it broke down in the late summer, she has moved into a small car, and she currently lives in this car around so-called Vancouver. Support Kwitsel: https://www.gofundme.com/.../get-kwitsel-housing-for-the.... For more information, google “Kwitsel Tatel.”