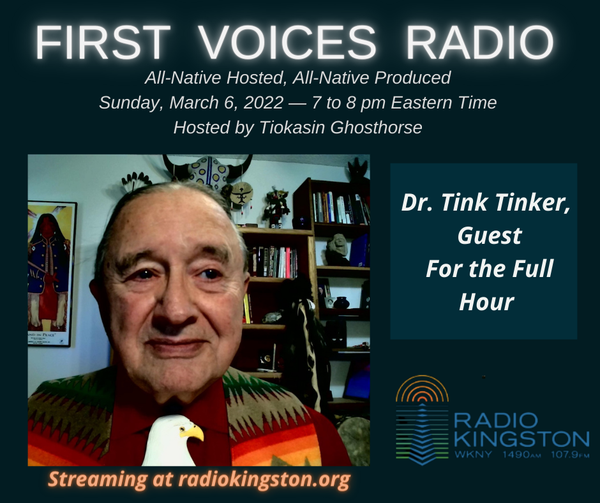 Dr. Tinker is committed to a scholarly endeavor that takes seriously both the liberation of Indian peoples from their historic oppression as colonized communities and the liberation of euro-christian (White) Americans, the historic colonizers and oppressors of Indian peoples, whose self-narrative typically avoids naming the violence committed against Indians in favor of a romance narrative that justifies their euro-christian occupancy of Indian lands.

Dr. Tinker is the author of “American Indian Liberation: A Theology of Sovereignty” (Orbis Press, 2008); and is author or editor of several other volumes; and has written nearly a hundred journal articles and chapters for edited volumes. He has served on the Leadership Council of the American Indian Movement of Colorado and was active in the 30-year project to rid Colorado of its state proclaimed columbus day holiday, which was finally successful in April 2020.

Visit Akantu Institute, an institute that Tiokasin founded with a mission of contextualizing original wisdom for troubled times. Go to https://akantuinstitute.org/ to find out more and consider joining his Patreon page at https://www.patreon.com/Ghosthorse.