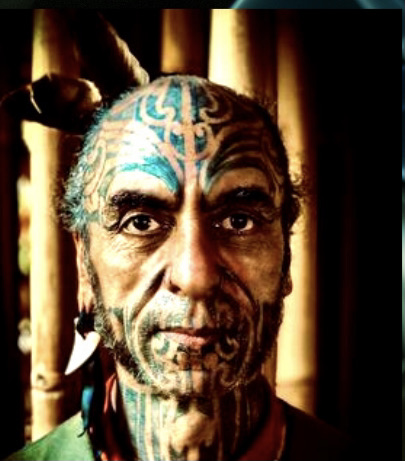 Tiokasin’s guest for the full hour is George Nuku. George is an artist from Aotearoa. He is of Scottish, German and Maori descent and has been a full-time practitioner of arts for 36 years. George’s works range from delicate pearl shell, bone and jade amulets to life-size plexiglass sculptures and multi-story high polystyrene depictions of Polynesian demigods and Maori culture heroes. His decades of art practice has been spent globally, ranging from the world's prestigious art institutions and treasure houses through to communities of all ethnicities and socio-economic status. George has created more than 100 projects to date, including: the British Museum, National Museum of Scotland, Museum of Geneva, Museum of Anthropology in Vancouver, British Columbia, Museum of Contemporary Art in Taiwan, United Nations Forum for Indigenous People, Tijibao Cultural Centre in Nouméa, New Caledonia and many more. George carries the thousands’ year-old art traditions of his ancestors that promise to both expand life and enhance survival.

George talks about his life’s journey ranging from children to the elders to the ancestors — the concepts of time, practicality with Mother Earth, throughout his art carvings to his art carvings to the political aspects of working at the United Nations in the early 2000s. Tiokasin and George discuss the importance of Indigenous peoples who were largely ignored by the dominant societies; and if it weren’t for previous generations who didn’t need the dominant societies and being noticed by Mother Earth let alone modern day society. The Maori Nation’s culture is vibrant, up-to-date and never archaic — the same as many Indigenous peoples thoughts and ways of living with the Earth.