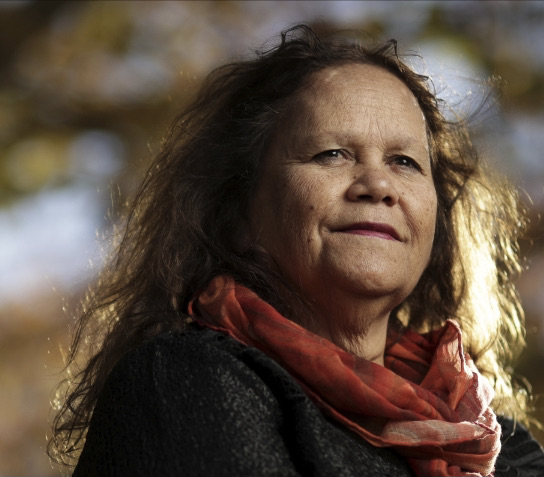 Munya Andrews. Munya is an Indigenous woman from the Kimberley region of Western Australia. Born to an Aboriginal woman and Scottish father, she is proud of her Aboriginal and Celtic heritage. Her Bardi ‘saltwater’ people come from the Dampier Peninsula and the off-shore islands north of Broome. Regarded by Melbourne University as a “leading Australian thinker,” Munya is an accomplished author and barrister with degrees in anthropology and law. Educated in Australia and the USA, she is fascinated by comparative religions, languages, mythology and science and intrigued by the way in which they interact and inform each other. Munya’s first book “The Seven Sisters of the Pleiades: Stories from Around the World,” explores world mythology surrounding the Pleiades star cluster and the relationship between science and spirituality. “Seven Sisters” Dreaming serves to empower Aboriginal women and children and Munya embodies its personification. From an early age, she lived a life of social disadvantage, poverty, sexual abuse and not having spoken until the age of five. This book looks at the common themes and wisdom shared by humanity by these stories. Her second book, “Journey into Dreamtime,” is an easy guide to Aboriginal spirituality that explains Dreamtime concepts in a simple way. Munya’s life purpose is to create better understanding and appreciation of Aboriginal people, leaving behind a legacy of Dreamtime wisdom for generations to come. Her third book, "Practical Reconciliation," which she co-authored with Carla Rogers, is a call to action for all Australians to further the cause of Reconciliation by becoming allies to Aboriginal and Torres Strait Islander people. Munya’s long term vision is to create a fairer, more inclusive Australian society, which recognises and pays respect to its First Nations people.