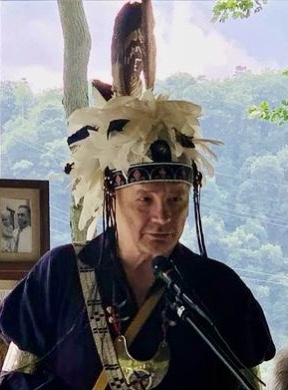 Doug George-Kanentiio is my guest for the full hour. A few weeks ago, the remains of 215 children were found at the Kamloops Indian School in British Columbia, Canada and as of today there were more than 500 more children graves found in four more residential schools in Canada. There were more than 100 Residential schools that operated in Canada up until 1996. The Kamloops Indian Residential school was one of the largest in Canada and operated from the late 19th century to the late 1970s.The school was opened and run by the Catholic Church until the federal government took it over in the late 1960s.Indigenous children, some as young as 3 years old, we were forcibly taken from their families and put into residential schools in Canada.Same as what happened in Native boarding schools in the United States, their hair was cut off, they were forbidden to speak their Indigenous languages, and to see their families — some didn’t return home for many years or not at all. And in the United States, there are/were 357 Boarding Schools, in 30 States and run 12 Religious Denominations in cooperation with the US government and there are 64 boarding schools remain open today.

Countless children suffered terrible indignities, mistreatment, and horrors, including beatings, rape and other forms of sexual violence, disease, and even death. Residential school experiences continue to affect many survivors today. Our guest Doug George Kanentiio was one of those students. Doug attended the Mohawk Institute in Branford, Ontario, and wrote about it in a recent column, “Our Mohawk Councils Failed to Protect the Residential School Children,” published by indianz.com on June 14.

Doug George-Kanentiio was born and raised at the Mohawk Territory of Akwesasne.He attended school on and near  the reservation before enrolling at Syracuse University and then the Antioch School of Law.Doug was a co-founder of the Native American Journalists Association before serving the Mohawk Nation as editor of the journals Akwesasne Notes and Indian Time.