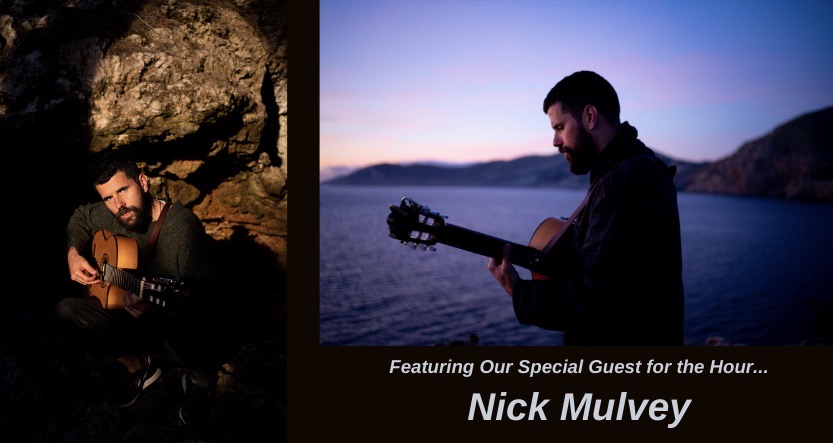 Tiokasin Ghosthorse welcomes Nick Mulvey. Nick Mulvey is an English musician, singer and songwriter. He played the hang as a founding member of the band Portico Quartet. In 2011, Nick started his career as a singer-songwriter releasing the EPs “The Trellis” and “Fever to the Form”; and his studio album “First Mind” in 2014, which received a Mercury Music Prize nomination. His album, “Wake Up Now,” was released in September 2017, and “Dancing for Answers” was released in 2018. “Begin Again,” his latest EP, was released in 2020. In Nick’s short cinematic film, which expands on the themes of “Begin Again,” he says: “We are living through an incredible shift. The old ways are dying, right before our very eyes.” View the film: https://youtu.be/wRyIuFRbSQA. Nick’s official website is: https://www.nickmulvey.com/.