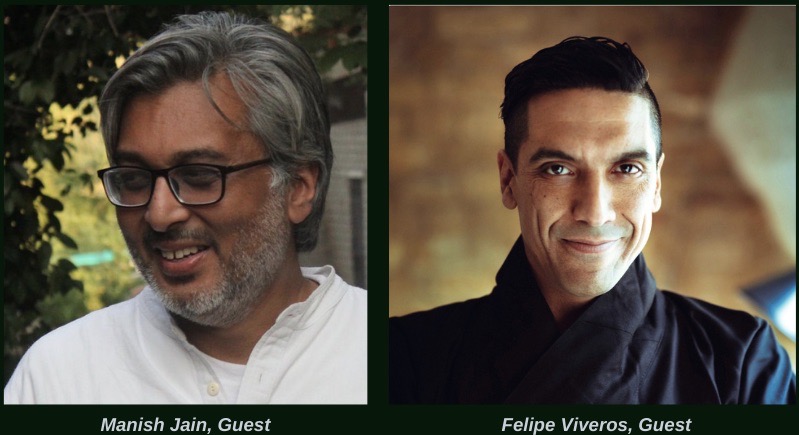 Manish Jain. Manish is deeply committed to regenerating our diverse local knowledge systems, cultural imaginations and inter-cultural dialogue. Inspired by MK Gandhi, Rabindranath Tagore, Sri Aurobindo, Ivan Illich, his village grandmother, Indigenous communities and Jain spiritual philosophy, Manish is one of the leading planetary voices for de-schooling our lives. Manish has helped thousands of young people escape from factory schooling and recover their dignity, self-worth and “alivelihoods.” He has served for the past 23 years as Chief Beaver of Shikshantar: The Peoples’ Institute for Rethinking Education and Development, based in Udaipur, India and is co-founder of some of the most innovative educational experiments in the world — the Swaraj University, the Jail University, Complexity University, the Creativity Adda, the Learning Societies Unconference, the Walkouts-Walkon network, Udaipur as a Learning City, the Families Learning Together network in India, Berkana Exchange. Manish co-launched the global Ecoversities Alliance with 150+ members in 40 countries. Manish is a senior advisor to the Economics of Happiness network for localisation.  Felipe Viveros. Felipe is an independent researcher, strategist and consultant specializing in campaigning, program design and fundraising. He has worked with governments and organizations globally pioneering the prototyping and implementation of a new development paradigm, and has served as the European representative of the GNH Centre Bhutan, the board Chair of /TR and at the Sacred Head Waters Initiative. Felipe co-wrote “In the Anthropocene,” performed by Nick Mulvey. “In the Anthropocene” was one of First Voices Radio’s top listener favorites of 2019 and 2020.