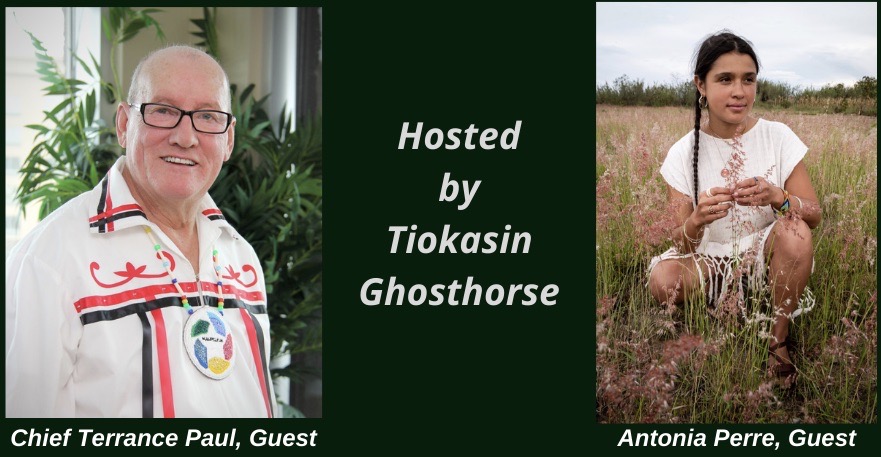 Chief Terrance Paul, who is the Co-Chair and Fisheries Lead for the Assembly of Nova Scotia Mi’kmaw Chiefs. Chief Paul has held the position of Chief of Membertou First Nation since 1984. During this time, Chief Paul has guided his community and administration into one of the most open and efficient Native communities in Canada. He has served on numerous boards and task forces, and is one of the original founders of the National Capital Corporation Association (NACCA), which started out as seven Aboriginal corporations and has grown to 50 Aboriginal financial institutions across Canada. Chief Paul started his career with the Boston Indian Council, where he received his background training in Finance and Management. He began as a Job Placement Officer and was quickly promoted to Director of Finance before being named president of the council. Upon returning home to Membertou, Chief Paul worked as the Economic Development Officer and Band Manager before being elected as Chief. Chief Paul has achieved many accomplishments in his role as Chief, including doubling the land base for the Membertou Reserve. He also assisted Donald Marshall, Jr., in his successful Supreme Court defense of the Mi'kmaq Treaty Rights to fish, which resulted in approximately $600 million in the Atlantic for the Mi'kmaq. In 2012, Chief Paul was inducted into Junior Achievement Nova Scotia Business Hall of Fame recognizing his accomplishments and contributions to Nova Scotia. Antonia Perre. Antonia is a clinical herbalist, gardener and artist, born and raised in New York City. They have apprenticed with several herbalists around the Northeast, Central and South America, and Thailand. They graduated from Bard College where they studied environmental and urban studies in 2015 and Arborvitae School of Traditional Herbal Medicine in 2019. They are a community organizer, gardener, food and environmental justice educator. They are also the co-founder of collectives: Brujas and Herban Cura. They are passionate to share their knowledge with other folks especially in urban centers, in order to interrupt notions of individualism and separatism from nature and grow towards collaborative and symbiotic communities.