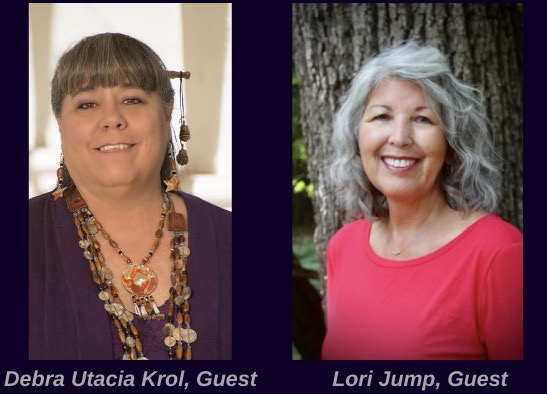 Debra Utacia Krol — a citizen of the Xolon Salinan Tribe — is an Indigenous affairs reporter at the Arizona Republic. Her current coverage area, supported by the Catena Foundation and the Water Funder Initiative, is the intersection of climate, culture, and commerce. Debra has more than two decades of expertise in reporting on Native issues for publications large and small, with an emphasis on environmental and science issues, and has been a contributor to two books on Native traditions. The focus of Debra’s talk with Host Tiokasin Ghosthorse will be Debra's July 26, 2020, Arizona Republic article, “’ Being very frank about our history’: As Sierra Club acknowledges racist past, Indigenous communities look for a reckoning.”  If time allows, Tiokasin and Debra will discuss another issue that she has been closely monitoring: the proposed development of two hydro-electric dams on or close to the confluence of the Colorado and Little Colorado Rivers near the Grand Canyon. https://www.azcentral.com/story/news/local/arizona-environment/2020/07/26/sierra-club-confronts-its-racist-history-tribes-see-reckoning/5494294002/
In the second half-hour, Guest Host Anne Keala Kelly (Kanaka Maoli) catches up with StrongHearts Native Helpline Director Lori Jump (Sault Ste. Marie Tribe of Chippewa Indians). On Monday, August 3, StrongHearts Native Helpline launched Sexual Violence Advocacy, adding this to the organization’s domestic violence and dating violence services. StrongHearts advocates are now prepared to handle the devastating impacts of sexual violence in Indian Country. They will provide peer to peer support, crisis intervention, assistance with safety planning, education, and referrals to Native-centered resources. The dispiriting truth is that when compared to other races in the United States, Native American women are twice as likely to experience sexual assault or rape and most likely at the hands of a non-Native. It’s an extension of abuse that began with European contact and has continued to this day, adding up to more than 500 years of violence against the Indigenous peoples of Turtle Island. This continued tool of colonization represents a lack of respect for Native peoples and is an assault on humanity and Mother Earth. For more information, visit www.strongheartshelpline.org.