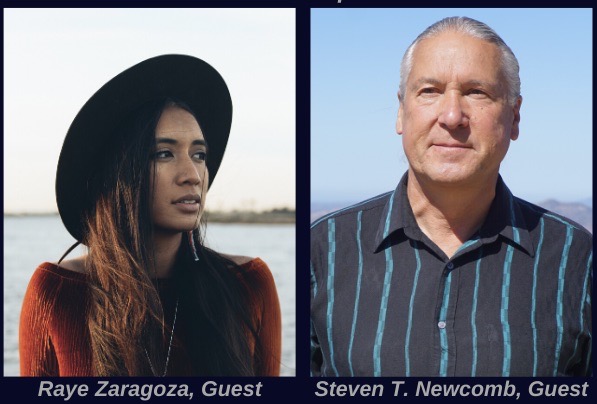 RAYE ZARAGOZA. Raye is an award-winning singer-songwriter who Paste Magazine called “one of the most politically relevant artists in her genre.” First-generation Japanese-American on her mother’s side, indigenous on her father’s side, and raised in New York City, Raye shares her unique perspective and stories through songs that are both inspiring and thought-provoking. Her forthcoming sophomore LP produced by Tucker Martine (The Decemberists, First Aid Kit) will be released in summer 2020. Writing about social issues comes naturally to Raye. "As a woman of color in America, social issues are things you deal with and see every day of your life," she says. "I write about my experience and oftentimes my existence has been laced with injustice." Raye’s modern-day protest music has been featured on Billboard, Democracy Now!, and PopMatters. She has toured in support of Dispatch, Rising Appalachia, William Elliott Whitmore, Dar Williams, Donovan Woods, and many more.  STEVEN T. NEWCOMB (Shawnee, Lenape) is a scholar, educator, author, journalist, film producer, public speaker, and workshop leader/facilitator. He is internationally recognized for his more than three decades of research and writing on the origins of federal Indian law and international law dating back to the early days of Christendom, most notably focused on the religious doctrine now known in history as the Doctrine of Christian Discovery. He is author of "Pagans in the Promised Land: Decoding the Doctrine of Christian Discovery" (Fulcrum Publishing, 2008) and a Producer of the 2015 documentary film, "The Doctrine of Discovery: Unmasking the Domination Code” directed and produced by Sheldon Wolfchild (Dakota). Steven’s website is http://originalfreenations.com/.