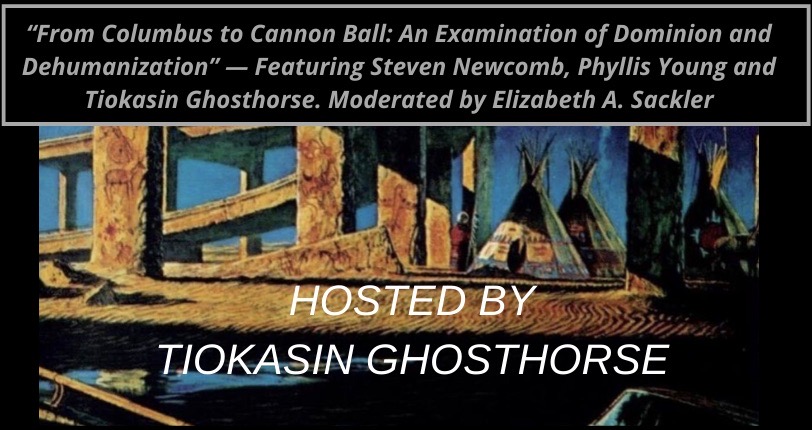 From the earliest conquest to the latest conquest, First Peoples have survived oppression and genocide. “From Columbus to Cannon Ball” traces the concept of claimed rights at the root of the continued fight for sovereign land in the face of bigotry, covert and overt abuse, and mass incarceration.” — Elizabeth Sackler.  In this edition of “First Voices Radio,” Host Tiokasin Ghosthorse presents 55 minutes of a panel discussion — “From Columbus to Cannon Ball: An Examination of Dominion and Dehumanization” — that took place on March 12, 2017 at the Elizabeth A. Sackler Center for Feminist Art at the Brooklyn Museum, Brooklyn, New York. The panel, which included Steven Newcomb, Phyllis Young Tiokasin Ghosthorse and Stephen Pevar (due to time constraints Stephan was not heard), was moderated by Elizabeth A. Sackler, Founder of the American Indian Ritual Object Repatriation Foundation in New York City.