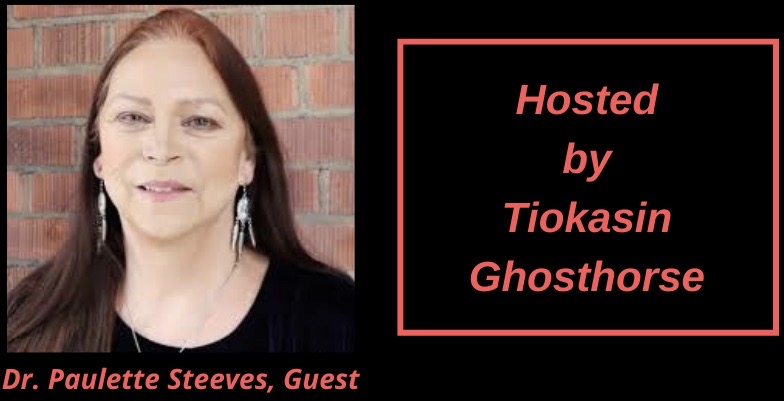 This week Host Tiokasin Ghosthorse talks with returning guest DR. PAULETTE STEEVES. Dr. Steeves is an Assistant Professor in the Department of History at Algoma University in Sault Ste. Marie, Ontario and earlier this year she was appointed Tier II Canada Research Chair in Healing and Reconciliation at the University. She is Cree-Métis and is an Indigenous Paleo Archaeologist who has carried out excavations on dozens of archaeology sites throughout North America. Dr. Steeves began her university studies in 1995, quickly earning a place in an Honors Pre-Med program. In 2008 she earned a fully paid five-year fellowship to study archaeology at the State University of New York in Binghamton. She was awarded her Ph.D. in 2015 and her first book, titled “The Indigenous Paleolithic of the Western Hemisphere (the Americas)” will be published by the University of Nebraska Press in early 2021. Today, Paulette talks with us about a chapter she wrote, titled "Our Earliest Ancestors: Human and Non-Human Primates of North America," which is included in a new book, "Interrogating Human Origins: Decolonization and the Deep Past” (Routledge).