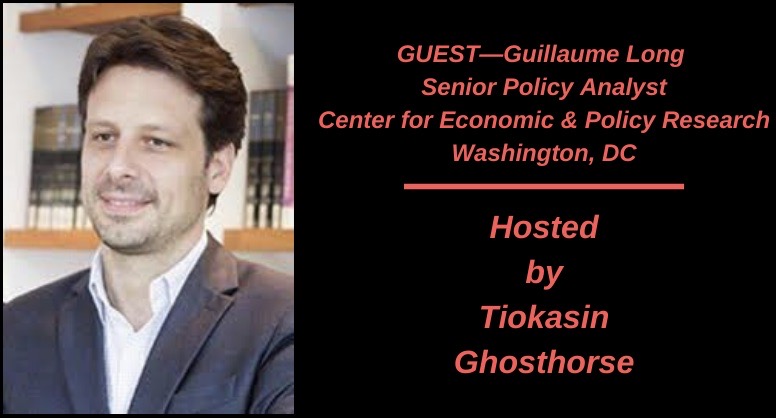 Tiokasin Ghosthorse focuses attention on the fast-moving political situation in Bolivia. To help our listeners gain much-needed information and perspective, he welcomes GUILLAUME LONG, a Senior Policy Analyst at the Center for Economic and Policy Research in Washington, DC as the sole guest for this week’s show. Prior to joining CEPR, Guillaume held several cabinet positions in the government of Ecuador, including Minister of Foreign Affairs, Minister of Culture, and Minister of Knowledge and Human Talent. Most recently, he served as Ecuador's Permanent Representative to the United Nations in Geneva. Guillaume trained as a historian and holds a Ph.D. in International Politics from the University of London. His research focuses primarily on the foreign policy of Latin American states, regionalism and integration in Latin America (including the workings of the OAS, MERCOSUR, UNASUR, CELAC, and other regional bodies), Ecuadorian domestic politics, and the Colombian conflict and peace process. At the multilateral level, he has led initiatives on tax havens, bilateral investment treaties, and a UN treaty on human rights and transnational corporations.