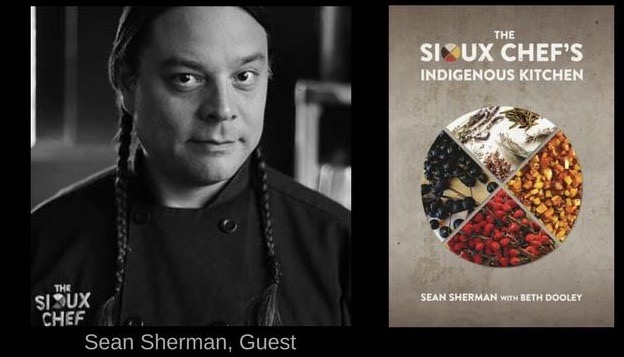 SEAN SHERMAN., Oglala Lakota, is Founder and CEO Chef of The Sioux Chef. Sean has been cooking in Minnesota, South Dakota and Montana for the last 27 years. During the last few years, his main culinary focus has been on the revitalizing of indigenous foods systems in a modern culinary context. Sean has studied on his own extensively to determine the foundations of indigenous food systems. In 2014, Sean opened his business called "The Sioux Chef" as a caterer and food educator to the Minneapolis/Saint Paul area. The Sioux Chef team continues with their mission to help educate and make indigenous foods more accessible to as many communities as possible. His book, "The Sioux Chef's Indigenous Kitchen" was published this month by the University of Minnesota Press. More information about Sean can be found at www.sioux-chef.com.