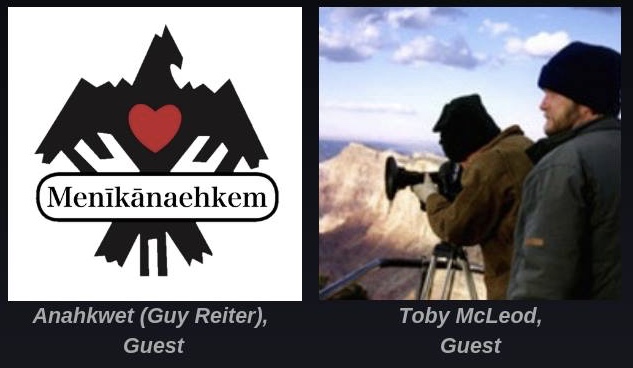 Guy Reiter  is Executive Director of Menikanaehkem, Inc. Menikanaehkem is a grassroots community organization based on the Menominee Reservation in northeast Wisconsin. It is an organization of people working toward the goal of community wellness. One of their initiatives is “Protectors of the Menominee River,” a group of concerned citizens working together to protect and honor Menominee ancestors and all of creation and, ultimately, to protect the Menominee River against the Back Forty Mine Project in Stephenson, Michigan. A few weeks ago, there was a public hearing in Lake Township in Wisconsin where a capacity audience of 50 people came together to offer input on proposed amendments to a zoning ordinance, that would make regulations stronger with regard to the proposed Back Forty Mine.​ Background of what happened at the township meeting where he was silenced from speaking his Menominee language:  http://ehextra.com/Content/News/News-Articles/Article/Crowd-packs-Lake-Township-Hall/12/35/49919

One of the organization’s initiatives that pertains to this interview: Protectors of the Menominee River: https://www.menomineerebuilders.com/protectors-of-the-menominee-river

Toby McLeod circled the globe for five years filming the “Standing on Sacred Ground” series. He founded the Sacred Land Film Project in 1984 to make high-impact documentary films relevant to Indigenous communities and modern audiences.Toby has produced and directed a number of important and award-winning documentary films, including:  In the Light of Reverence,  The Four Corners: A National Sacrifice Area?, Downwind/Downstream, and NOVA: Poison in the Rockies. In 1990, he produced Voices of the Land as a 20-minute preview of "Standing on Sacred Ground." Toby has received many awards for his work, including a Guggenheim Fellowship for filmmaking.

On Saturday, October 13th, from 4 to 7 pm, Toby will be participating on a panel titled, “Standing on Sacred Ground: Pilgrims and Tourists,” which will take place at the South Fork Natural History Museum in Bridgehampton, New York.