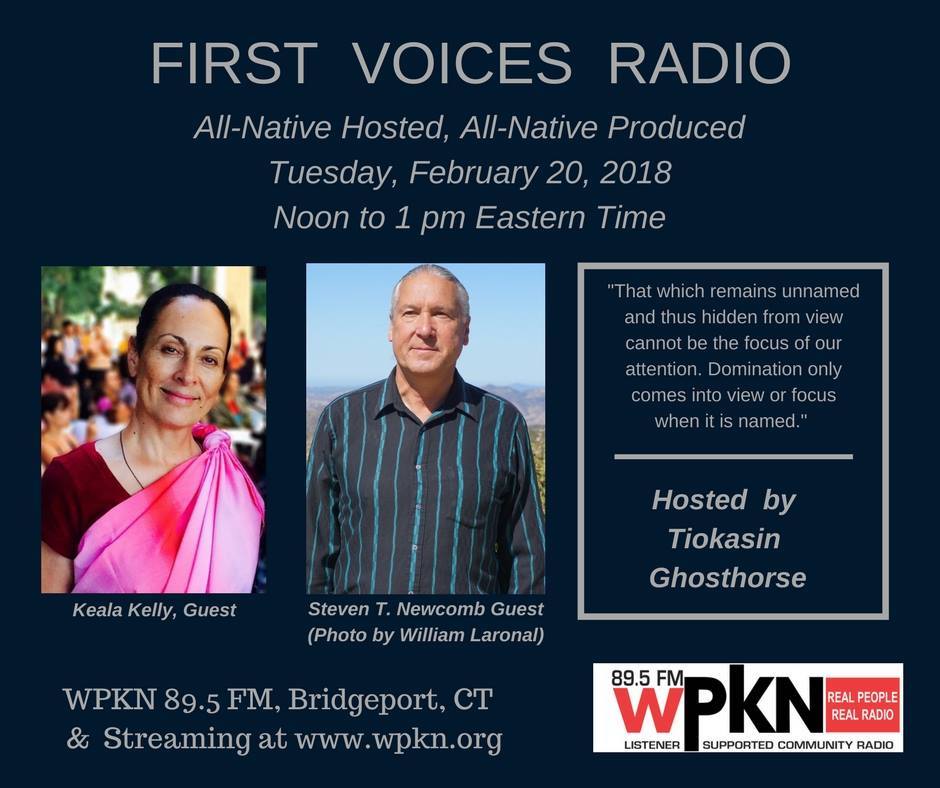 Tiokasin Ghosthorse welcomes back Steven T. Newcomb (Shawnee, Lenape) and Keala Kelly (Native Hawaiian) to the third in an ongoing series of discussions they will be having in 2018. Todays topic: That which remains unnamed and thus hidden from view cannot be the focus of our attention. Domination only comes into view or focus when it is named. Even though domination is ubiquitous or ever present in the English language, we have been taught to know it by many other names that we fail to mentally associate with domination. We give it names such as civilization, empire, imperial, conquest, conquer, conqueror, invade, capture, vanquish, subjugate, enslavement, slavery, subjection, domestic violence, and so forth, but each of those names simultaneously maintains and yet hides or cloaks the domination. Steven Newcomb is a syndicated columnist, film producer and author of Pagans in the Promised Land: Decoding the Doctrine of Christian Discovery. Keala Kelly is an award-winning filmmaker and journalist. Her documentary film, Noho Hewa: The Wrongful Occupation of Hawaii, has been screened and broadcasted internationally and is widely taught in university courses that focus on colonization, Indigenous cultures and the Pacific.