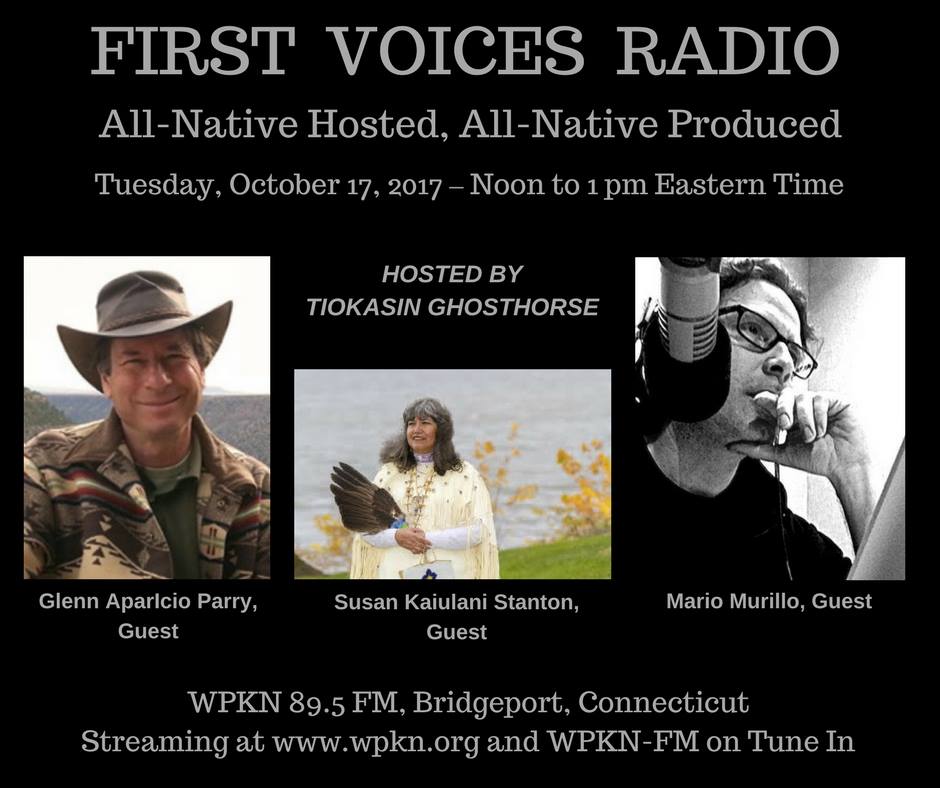 In the first half-hour, Glenn Aparicio Parry, Ph.D., is the author of the Nautilus award-winning book Original Thinking: A Radical Revisioning of Time, Humanity, and Nature (North Atlantic Books, 2015), and an educator, speaker, dialogue moderator, and political philosopher whose life-long passion is to reform the thinking of society into a coherent, cohesive, whole. The founder and past president of the SEED Institute, Glenn is currently the director of a grass-roots think tank, the Circle for Original Thinking. Parry organized and participated in the groundbreaking Language of Spirit conferences from 1999-2011 that brought together Native and Western scientists in dialogue, moderated by Leroy Little Bear. He has also appeared in several documentary films, including “Journey to Turtle Island” by Spanish film maker Miryam Servet, and “SEEDing Change: A Retrospective of the Language of Spirit Dialogues,” directed by Joyce Anastasia and produced by the Foundation for Global Humanity. Glenn is a member of the Institute of Noetic Sciences and the Theosophical Society as part of a life-long interest in bridging the arts and sciences. His first career was as a rock and roll booking agent living in Woodstock, NY. He lives in northern New Mexico. Glenn is joined by Susan Kaiulani Stanton (Mohawk/Native Hawaiian). Susan is the founder of Grandmothers Circle the Earth Foundation, an international organization that travels the world in service of Mother Earth and future generations, giving birth to new grandmother councils all over the planet. Susan has been a delegate to the United Nations Commission on the Status of Women and has also participated in UN forums on Indigenous Rights. She is currently the Director of the River Sidon Peace with Justice Project, working to protect, preserve and perpetuate Mississippi watersheds.

In the second half-hour, Mario A. Murillo is Professor of Communication and Latin American Studies at Hofstra University, and is the author of Colombia and the United States: War, Unrest and Destabilization (Seven Stories, 2004), and Islands of Resistance: Puerto Rico, Vieques and U.S. Policy (Seven Stories, 2001). A long-time media activist and award-winning journalist, in his many years in radio he has served as program director, director of Public Affairs programming, and a host and producer at WBAI Pacifica Radio, was a feature correspondent for NPR’s Latino USA, and was a regular guest host on WNYC New York Public Radio. He has written and reported extensively about Latin America for a number of publications and journals, and was a 2008-2009 Fulbright Scholar in Colombia, where he worked in the Universidad Pontificia la Javeriana in Bogotá in its department of social communication.